Congratulations to all birders who participated in our year-long bird count! We hope you had a lot of fun, and met some new birds and birders along the way.

The total number of bird species reported within the city limits was 262. We used the Calgary area check list which has 369 species, so that leaves 107 species that were not reported.

The highest individual count was reported by Michael Harrison, who racked up an amazing 240 species. There were another five participants with a count of over 200.

The committee unanimously picked the Oct 22 sighting of an Anna’s Hummingbird as the Bird of the Year, reported by Katrina Lybbert and family.   This is only the sixth or seventh record ever of an Anna’s Hummingbird in Alberta. It was first seen on October 22 by Gilbert Lybbert in their yard in Braeside SW. It was also seen by his mother Katrina that day, and it returned again on October 23. On October 25 and 26 it was again sighted by the Lybberts, and several other Calgary birders also managed to see it at that time. It was observed feeding on a honeysuckle bush in a neighbour’s yard. The final sighting of presumably the same bird wasn’t until three weeks later, on November 16, the day after the first big snowfall of the winter.

The winner of the photography contest was Brian Elder, with his outstanding picture of a Willet in flight. 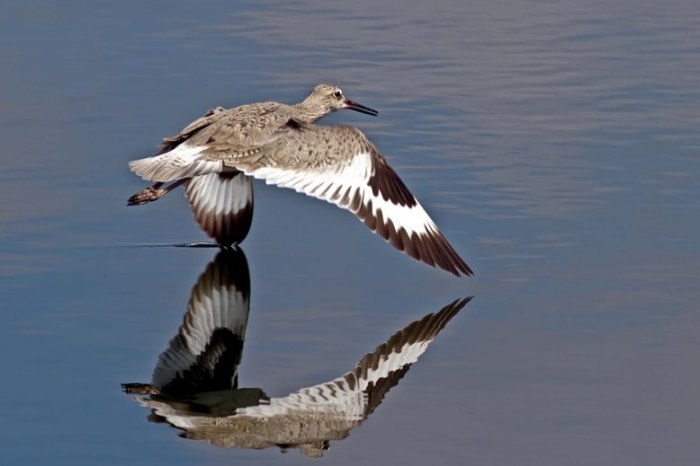 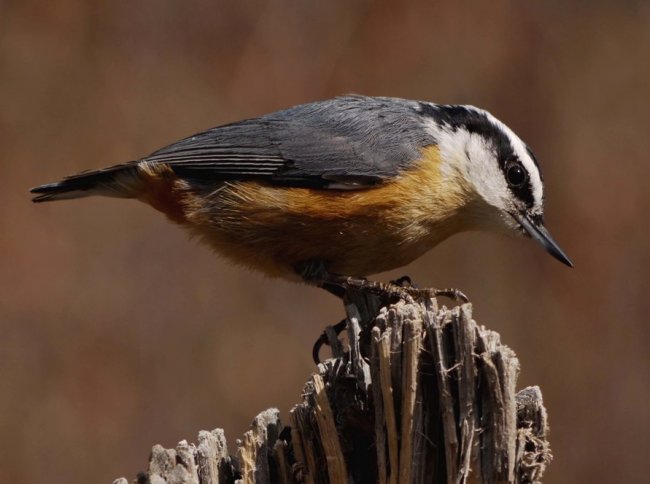 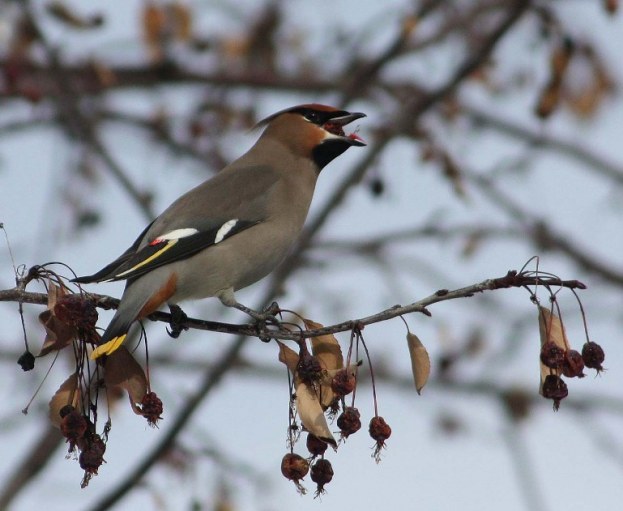 Winners in Other Categories: 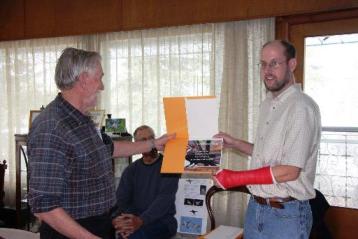 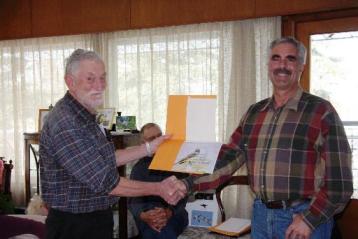 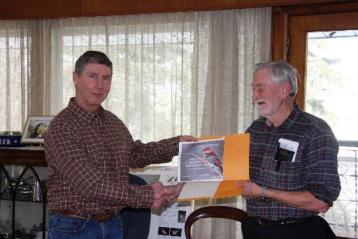 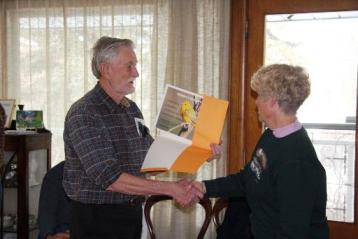 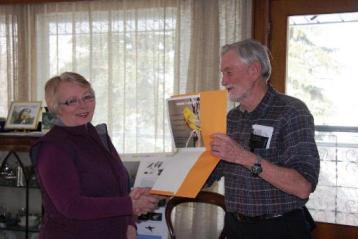 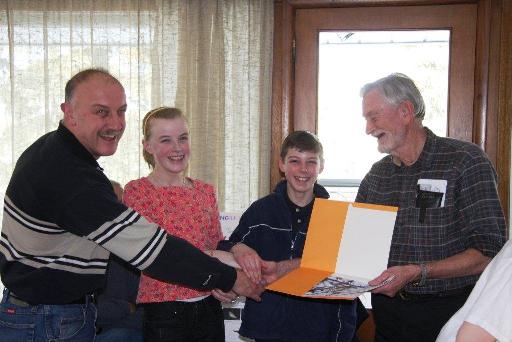 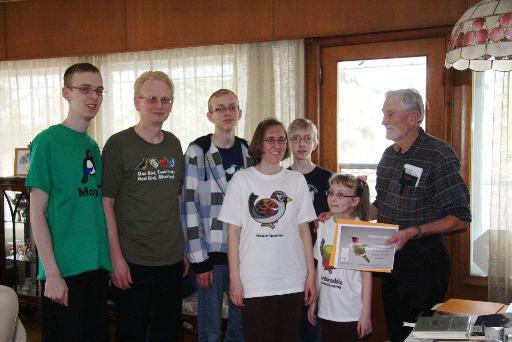 The Lybbert Family, winner of Bird of the Year 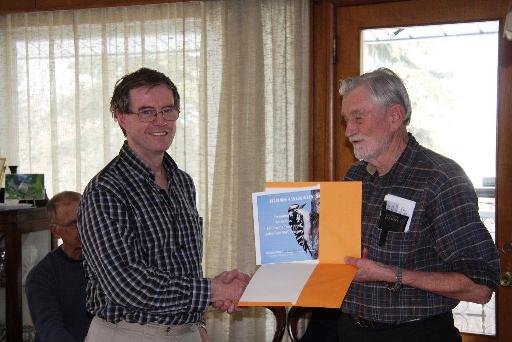 Bill Wilson, a special award for the conception of a Non-motorized Transport Category